From July 19 to July 21, the third International Classical Music Festival named after E.V. The exemplary Carmen.

The festival will be opened by the photo exhibition "Theaters, Roles, Spectators ..." dedicated to the 80th anniversary of E.V. Exemplary. The exposition will tell about the work of the great singer, about how she began her journey.

Within the framework of the festival, classical music concerts will be held in the DC “Magnesite” and in the open areas of the city. There will also be an opportunity to travel to the good world of Soviet and Russian animation in an open-air musical cinema. The program includes not only famous animated films, but also fascinating communication and games before each movie show. 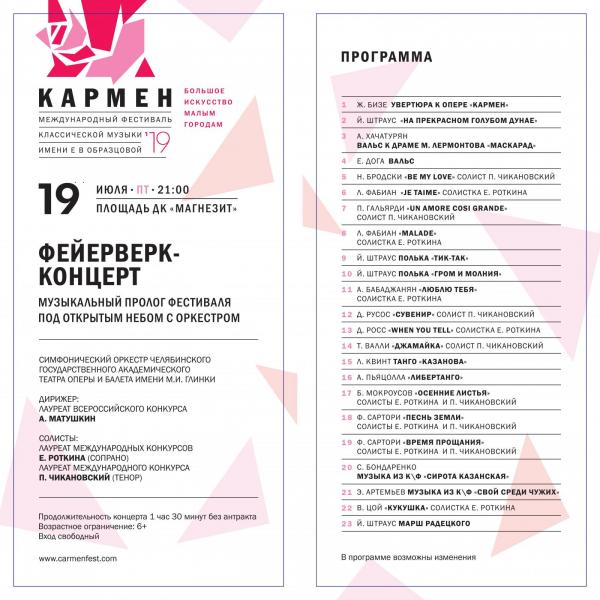 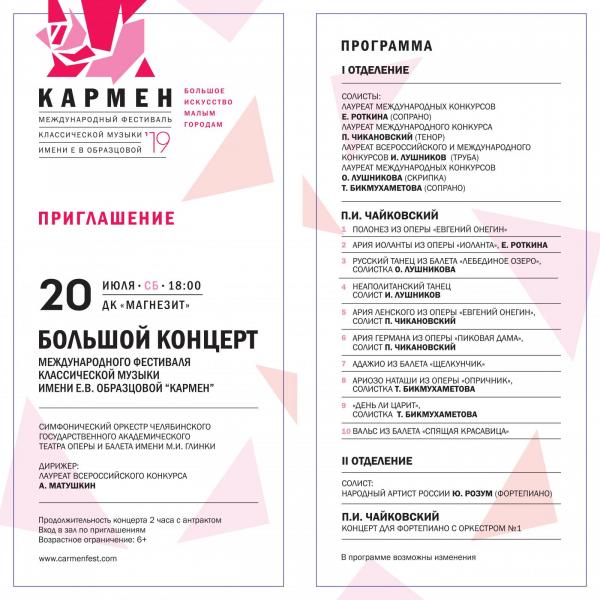 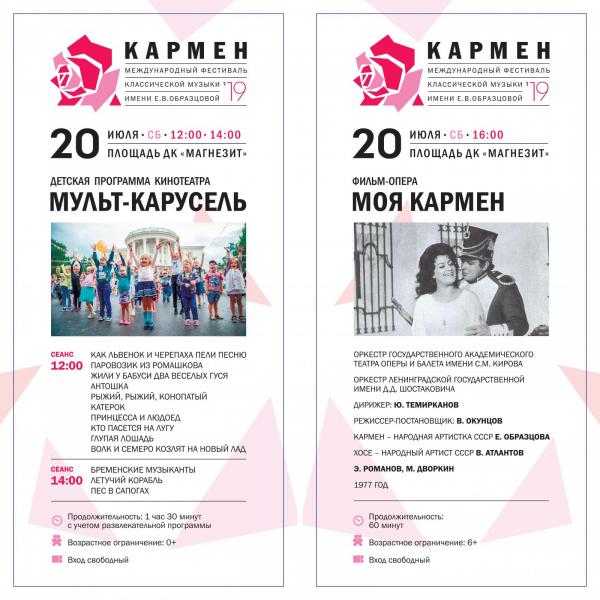 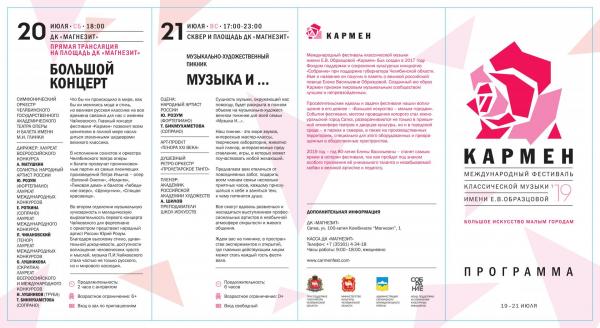 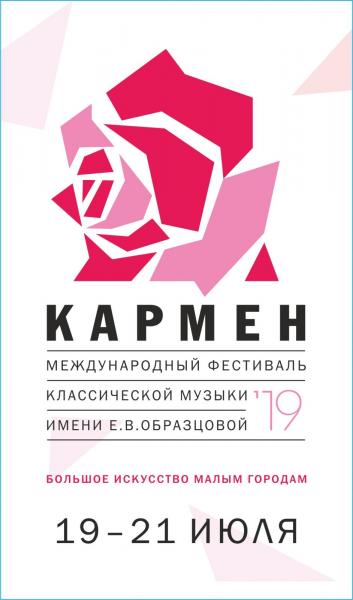